My grandparents (Emily “Lee” Pfaff and Richard Franclemont) married 13 June 1946 in Buffalo, NY, and honeymooned in Niagara Falls – which was apparently a trendy honeymoon destination of the time, especially for upstate New Yorkers!

Here, the newlyweds embrace as they peer over Horseshoe Falls; some of this scene may have been invented so it’s a bit hard to tell where the viewer looking on would be located, but based on what we can see, I’m guessing it’s near or around Table Rock (on the Canadian side of the Falls). In the background would be Rainbow Bridge, and walking between the two is still a popular tourist thing to do.

This painting is dated in the 1960s, so perhaps it was an anniversary gift for Grandpa. 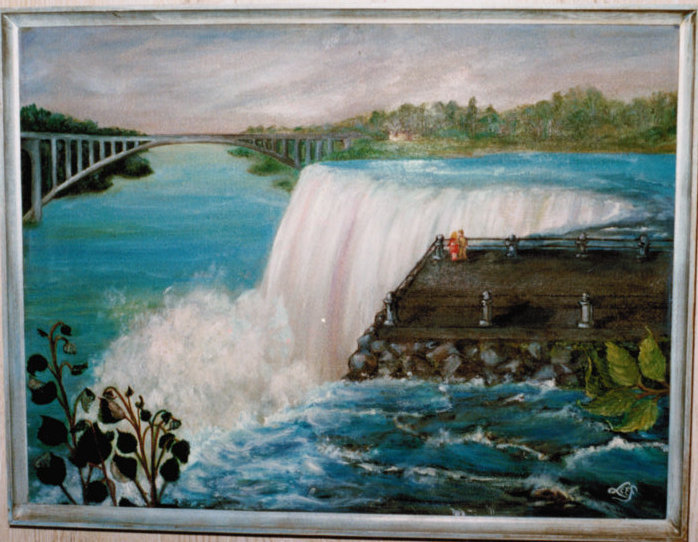